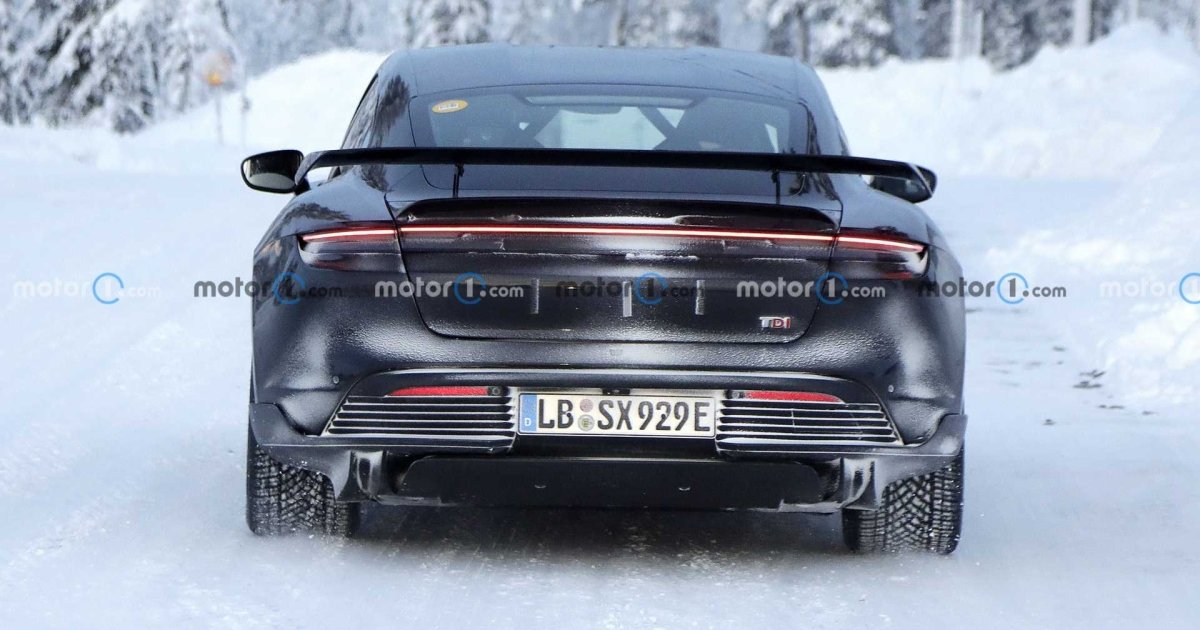 The test prototype received new aerodynamic elements on the body, as well as an improved braking system. The top version of the electric car can surpass the Turbo S modification in terms of power.

Porsche tested a new prototype Taycan electric car. On the back, he noticed the TDI logo, which the Volkswagen concern uses to denote the presence of turbo diesel engines. Details were reported on the Motor1 website.

Porsche Taycan will receive new aerodynamic elements on the body

Porsche has put fake exhaust pipes on their electric cars before to confuse photographers, but this time they went one step further. The TDI logo is placed on the trunk lid of the prototype, and the last letters are painted in red, which indicates high-performance diesel cars.

The icon does not say that the Porsche Taycan will get a hybrid version with a diesel engine. Perhaps this is a kind of joke from the manufacturer.

In the prototype, you can see changed bumpers and enlarged wheels. In addition, it was equipped with a new braking system.

Most likely, the most powerful version of the electric car was spotted on the tests. It will be even faster than the Porsche Taycan Turbo S, which has a power of 751 hp. and can accelerate from 0 to 100 km/h in 2.8 seconds. Power is expected to exceed 1,000 hp.