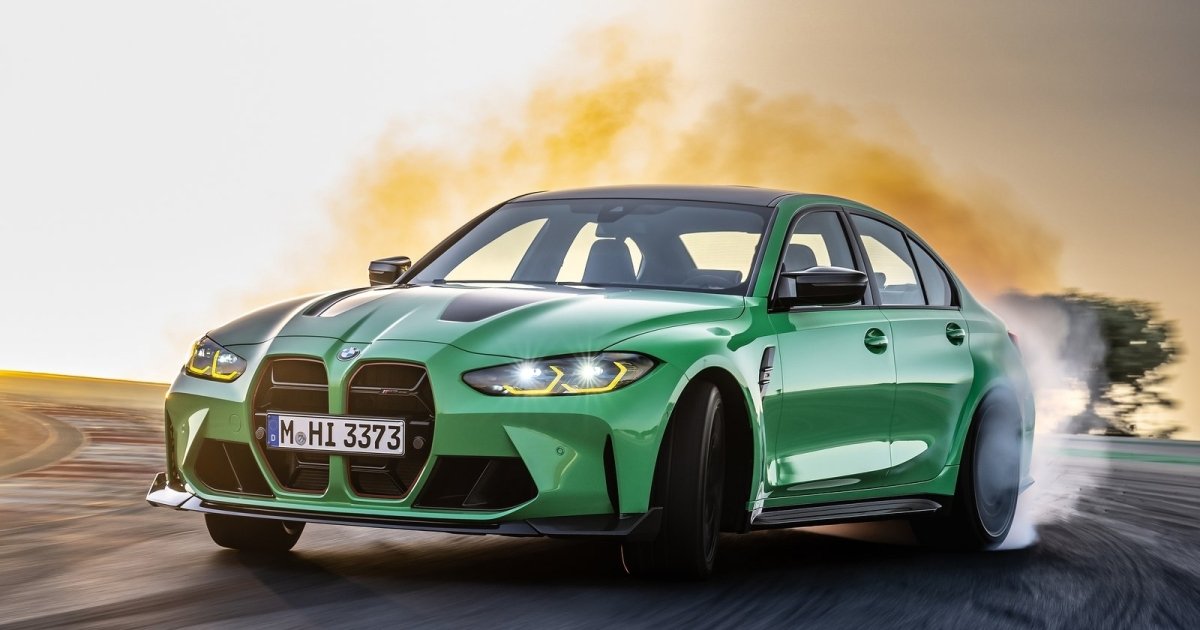 The BMW M3 CS became the fastest modification of the model in history. The sedan can accelerate to more than 300 km/h and has an aggressive body kit.

BMW presented the top version of the charged sedan M3. The CS modification makes the model even more powerful and faster. Details were reported on the Car and Driver website.

The BMW M3 CS is a track-oriented version of the sedan. It is equipped with four-wheel drive and a powerful engine.

Engineers have also refined the suspension of the sedan to make it more oriented towards driving on a racing track. Traction and maneuverability of the new BMW M3 CS are improved thanks to the M xDrive all-wheel drive system. There are many driving modes for the driver. Through the M Setup menu, it can switch from the standard all-wheel drive setup to a sporty 4WD Sport or a rear-wheel drive 2WD mode for drifting. 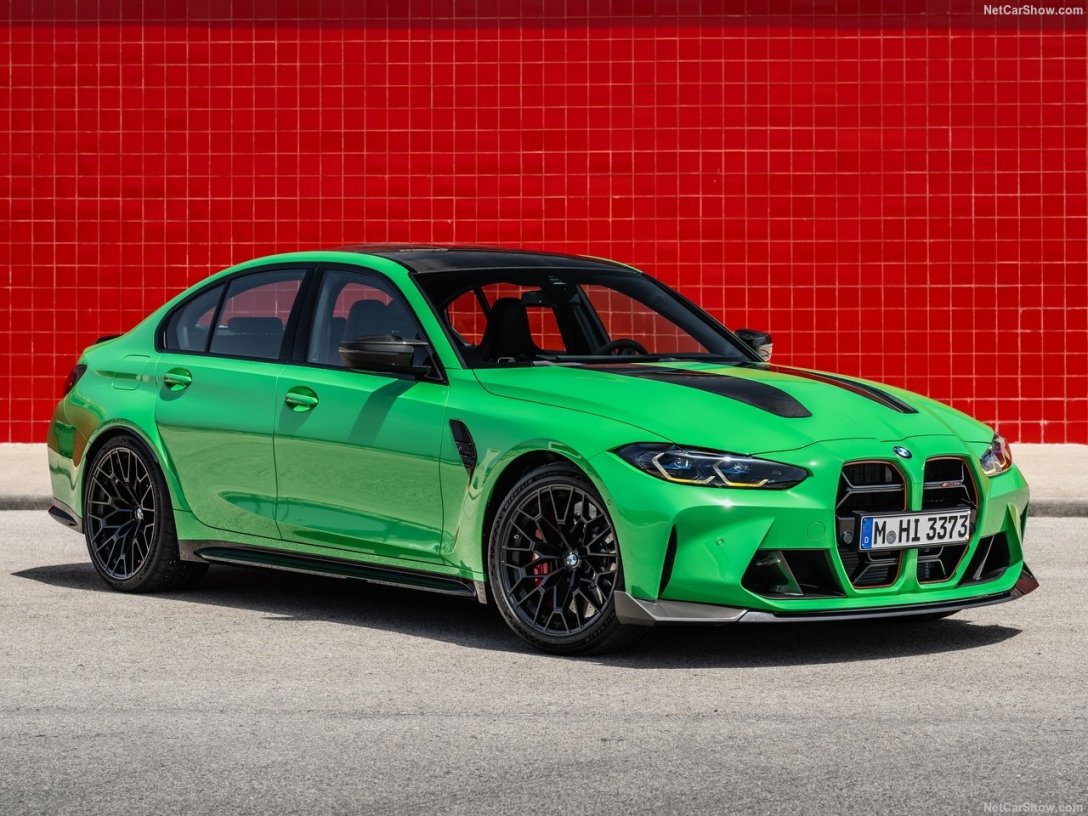 The BMW M3 CS sedan differs from other versions of the model with a new brutal body kit and aerodynamic elements. A new massive carbon fiber splitter has appeared at the front, which provides additional downforce.

The radiator grille is made in the style of the M4 CSL model with black gloss elements inside. A red edging was also applied to it. 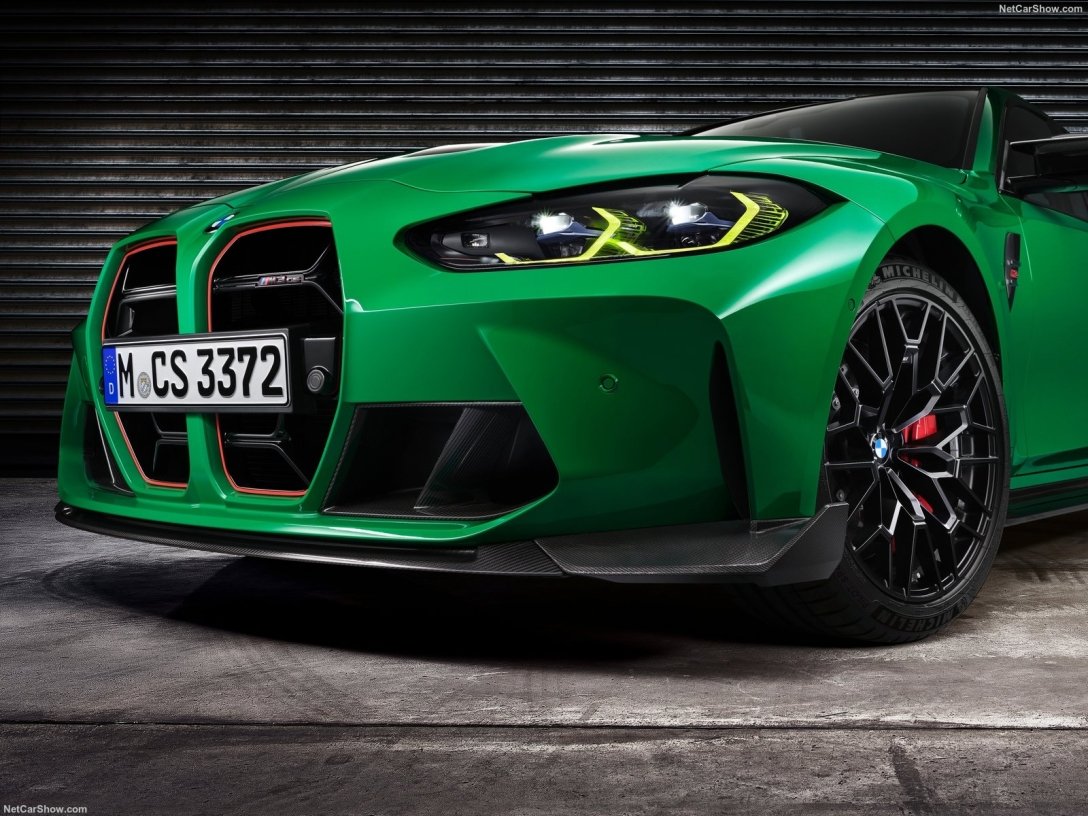 In addition, new side skirts and a rear diffuser appeared. A small carbon spoiler was installed on the trunk lid. 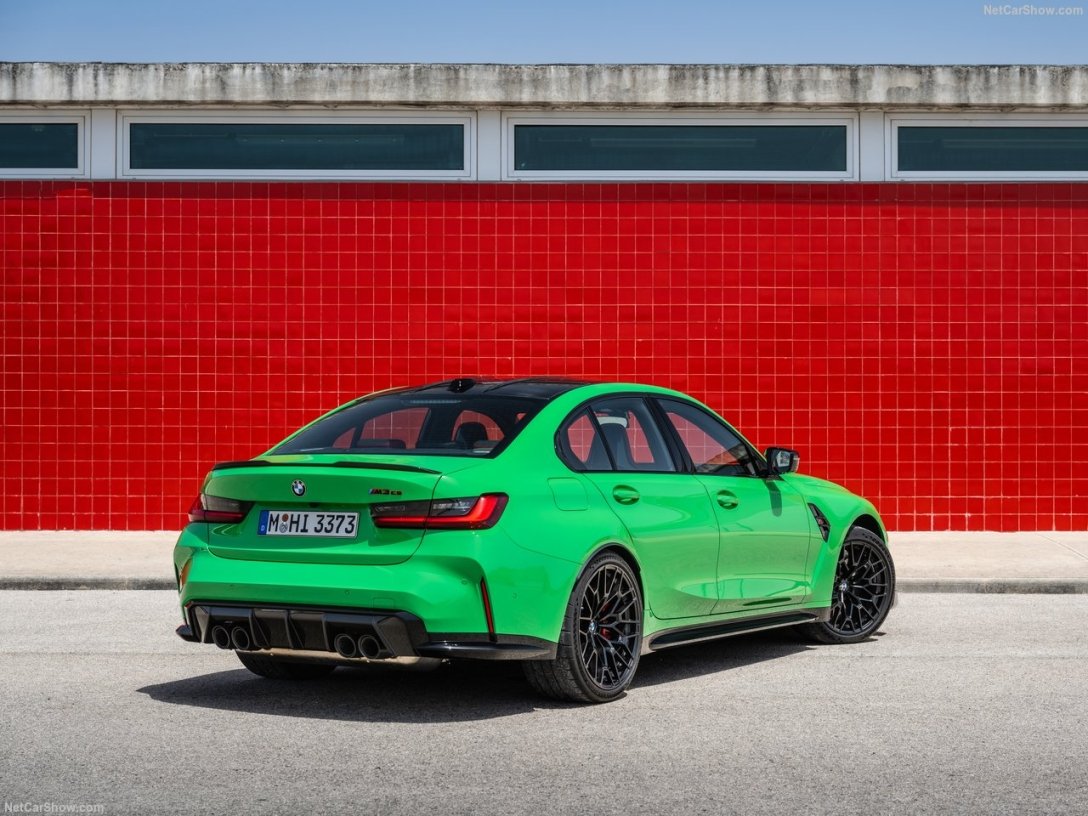 Four large exhaust pipes give the model more sportiness. They are painted in black matte color.

A new color range of the model is also offered. Signal Green is the new factory color for the M3 CS. 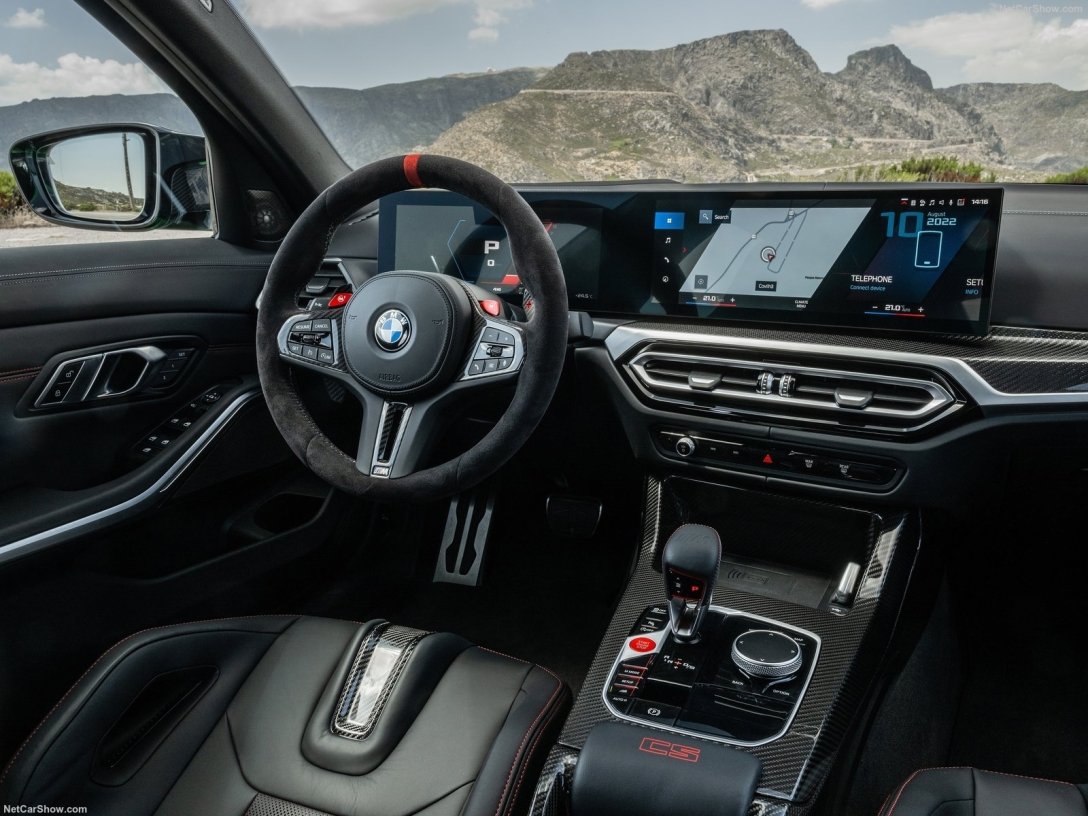 The interior of the BMW M3 CS has become lighter

The interior of the BMW M3 CS has been lightened and made sportier. New M Carbon seats are installed at the front. They are equipped with an electric drive and heating, as well as a model badge that lights up.

The bucket-shaped seats are upholstered in Merino leather in a black and red color scheme with a characteristic contrast stripe. This two-tone trim is repeated for the two seats in the rear of the sedan. The door panels are finished in black leather front and rear, while red “CS” lettering adorns the lightweight center console. 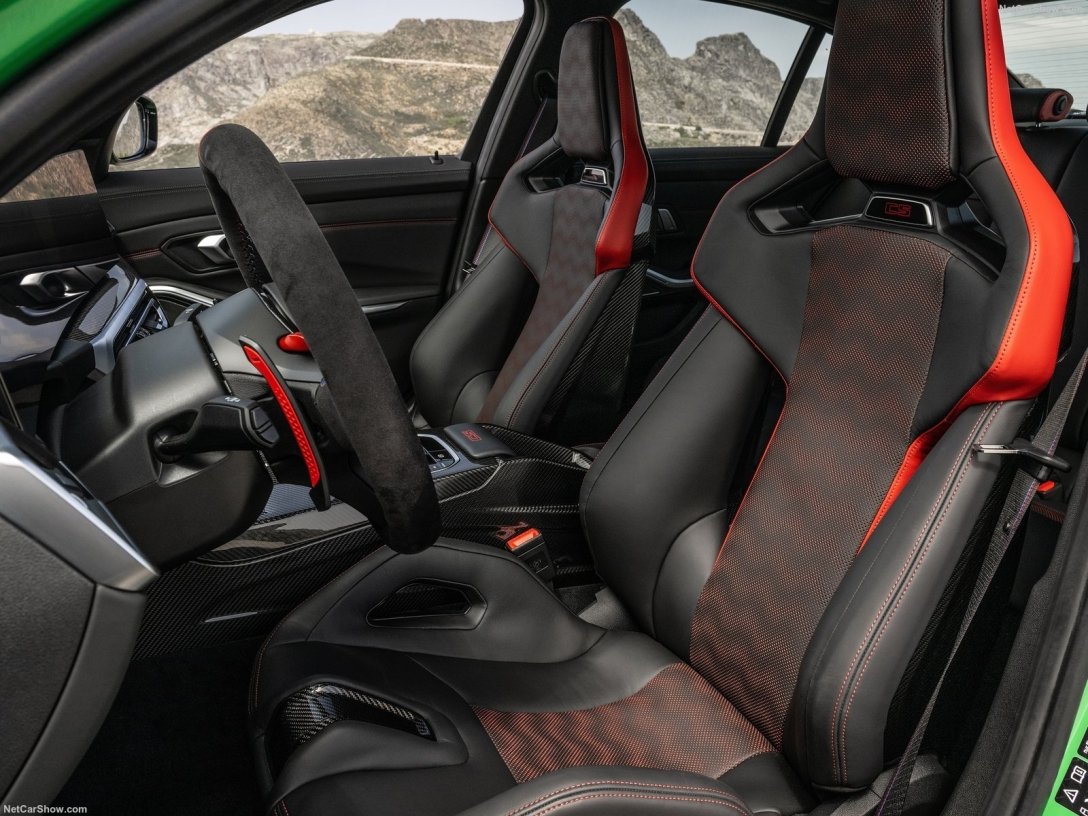 In the BMW M3 CS, bucket-shaped carbon seats were installed

Inside, a curved 12.3-inch display was installed, which acts as an instrument panel and information system. It works on the basis of the new iDrive 8 system.

The BMW projection display with M-specific readings and the BMW Drive recorder are available as options.

The new sedan will be released in a limited edition at a price of $119,695. Its production will begin in Germany in March.

Earlier Focus reported that BMW patented an unusual design of the radiator grill with hidden headlights.