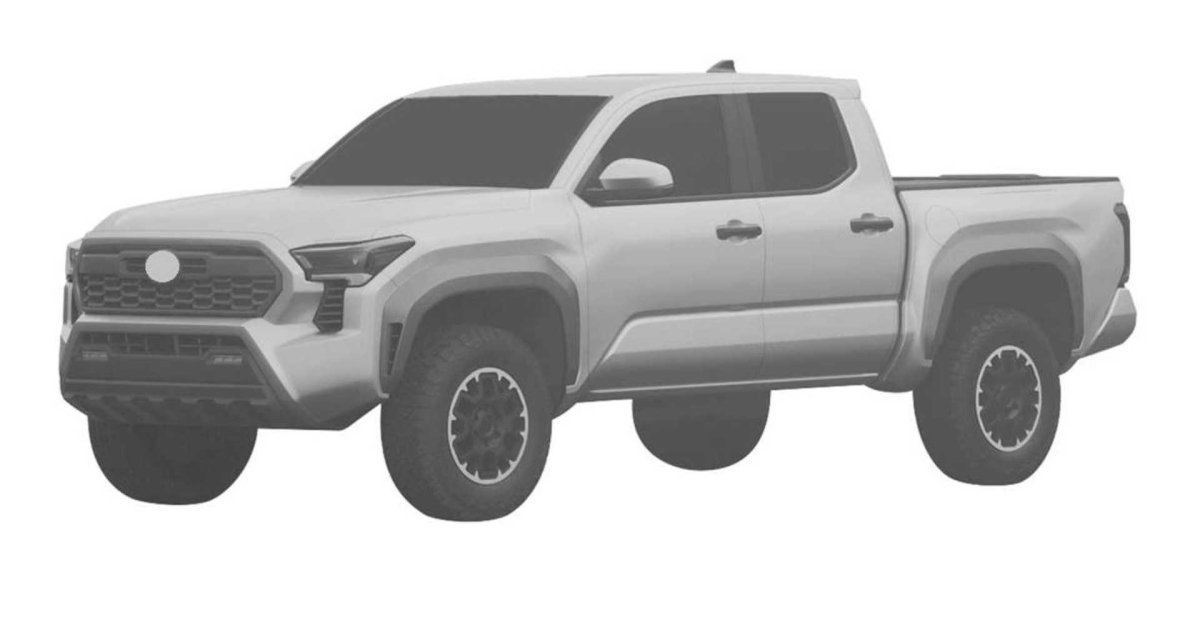 Toyota Tacoma will become more expressive in appearance and will be built on a new platform. For the first time, a hybrid version will appear in the model line.

Patent images of the fourth-generation Toyota Tacoma hit the Internet. The medium-sized pickup should be presented in the second half of this year. This is reported by the website Motor1.

2024 Toyota Tacoma images are official. They were submitted to the Brazilian Patent Office, but one of its employees decided to post them online.

The pickup will be built on the Toyota Land Cruiser platform

The new Toyota Tacoma will undergo major changes. It will be built on the modern TNGA-F frame platform — like the older Toyota Tundra pickup and the Land Cruiser 300 SUV.

In Ukraine, border guarding began with mobile MLRS on the chassis of Toyota pickups (video)

The design is in the spirit of the Tundra, with pronounced flared wings, a honeycomb grille and diagonal LED headlights. The images show the four-door version, but a two-door version will also remain in the lineup. 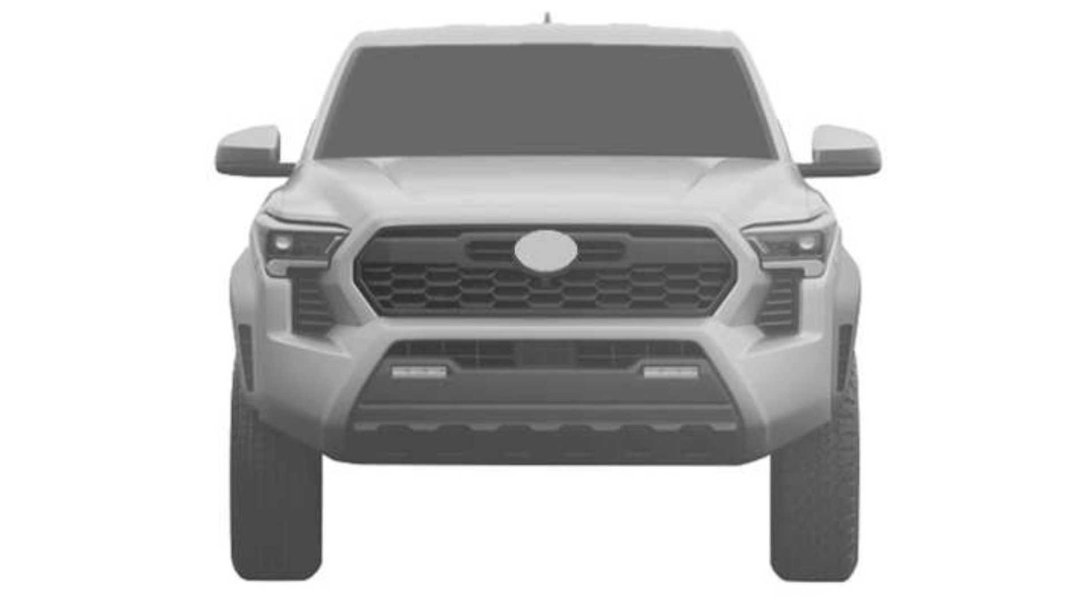 Toyota Tacoma 2024 pickup truck will receive an increase in power. The initial version will receive a 2.4-liter gasoline turbo engine with 265 hp. from Toyota Highlander.

In addition, a hybrid modification will appear for the first time. It will keep the 2.4-liter turbo four, but it will be supplemented with an electric motor. The return will be in the region of 340-370 hp.